Last year, ECCE was the first convention I ever went to. Ever. I can’t even believe that it has only been 1 year since I started going to conventions! It was my first convention, and it was their first time holding the ECCE, and it was glorious. I was so incredibly excited the whole time, I sold a lot of jewellery, and thus began my convention addiction.

Needless to say, I was very much looking forward to this year’s ECCE. I was definitely not disappointed! As expected, it was amazing.

It amazes me that such a new event that only lasts one day can be so amazing. The organizers do an absolutely amazing job putting this event together, and I can’t wait to see how it grows over the years.

I got up at 3 am that morning, got ready, ate, finished packing things in my car, had my friend pack her stuff in my car, and we set out for Moncton. I was nearly delirious with exhaustion because of the ungodly hour, and the drive there was quite pleasant, filled with singing, dancing, and silliness.

We arrived, started setting up, and discovered that we had a young Harley Quinn at the table beside ours. 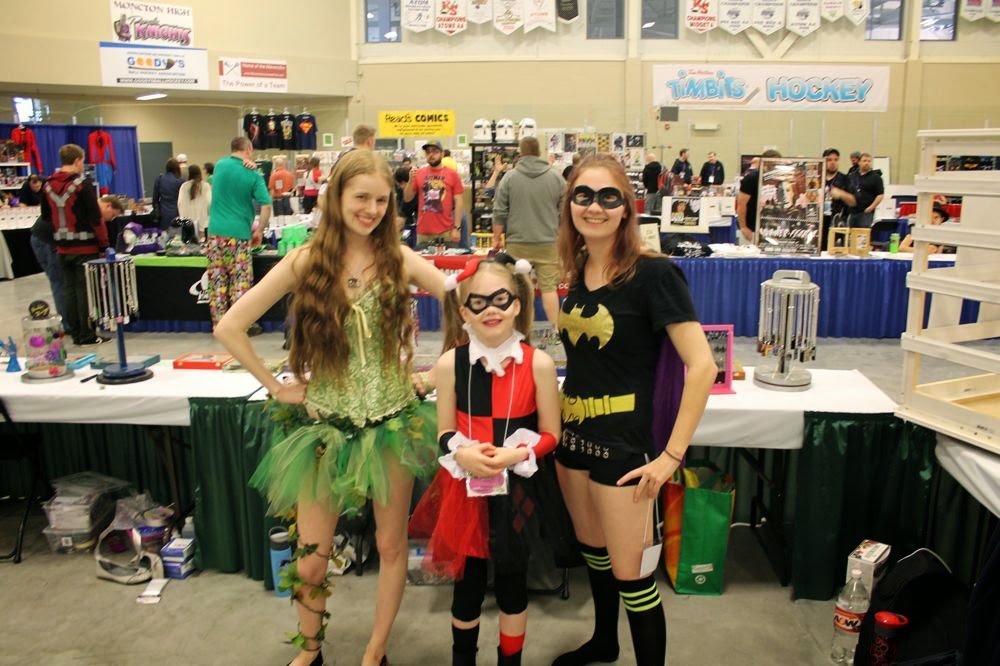 Throughout the day, I continued to be giddy. I absolutely love costumes, and seeing everyone’s amazing costumes always makes me incredibly happy.  Iron Man was one of my favourites, and a costumer (dressed as the Doctor) saw how incredibly excited I was about the Iron Man cosplay, and went over and grabbed Iron Man and asked him to take a photo with me. So, the Doctor gave me Iron Man. What a day. 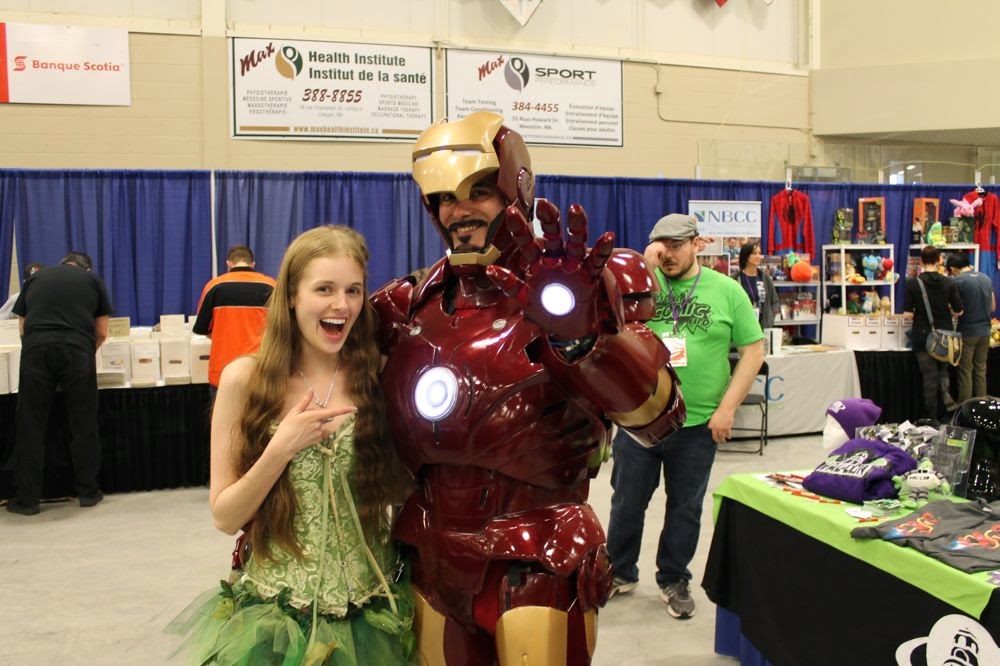 I’m a huge Star Wars fan, and this Obi-Wan Kenobi was just too perfect. I’m pretty sure he thinks I was in love with him, because of the number of photos I took of him, and how excited I was when I spoke to him. 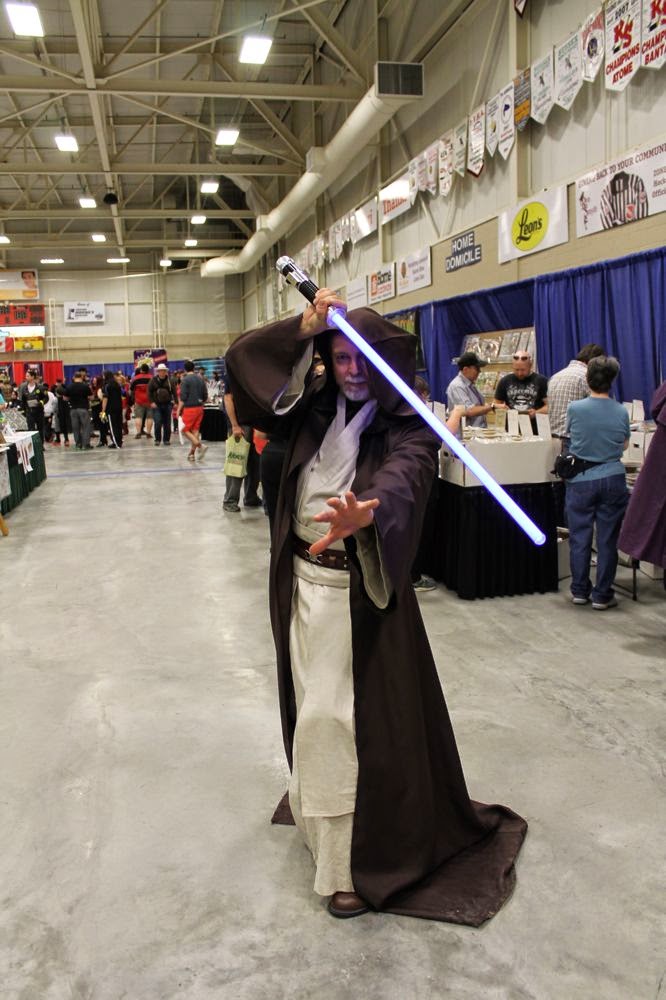 Also, he taught me how to use the Force. Have I mentioned how epic this day was? 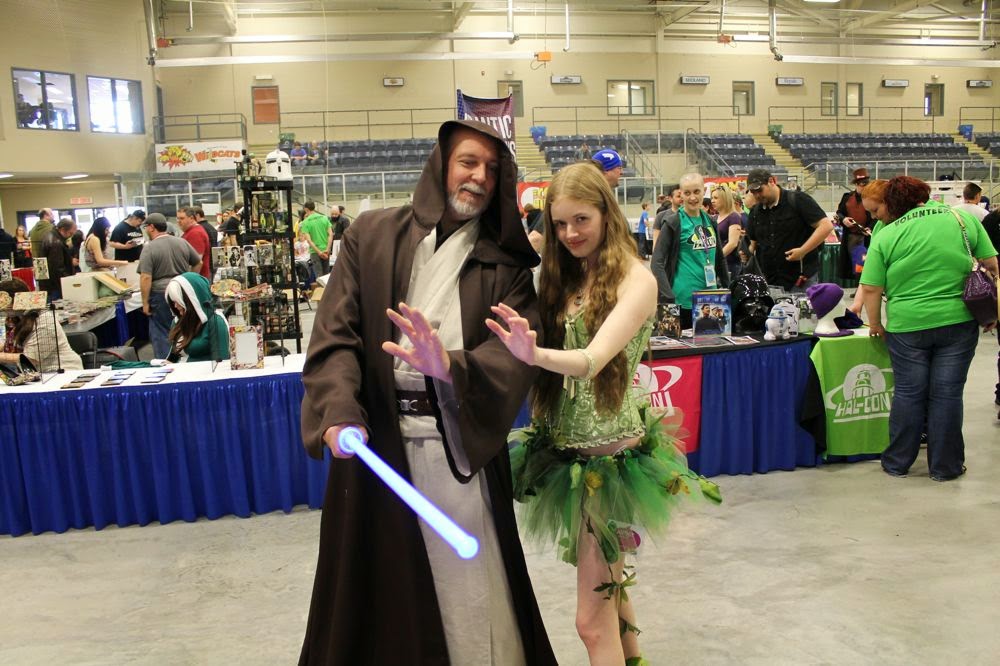 So, I spent a decent chunk of my time running around, trying to get photos of/with some of my favourite cosplays, but I didn’t get nearly as many photos as I would have liked. Another goal for future comic conventions, I suppose. Take more photos!! 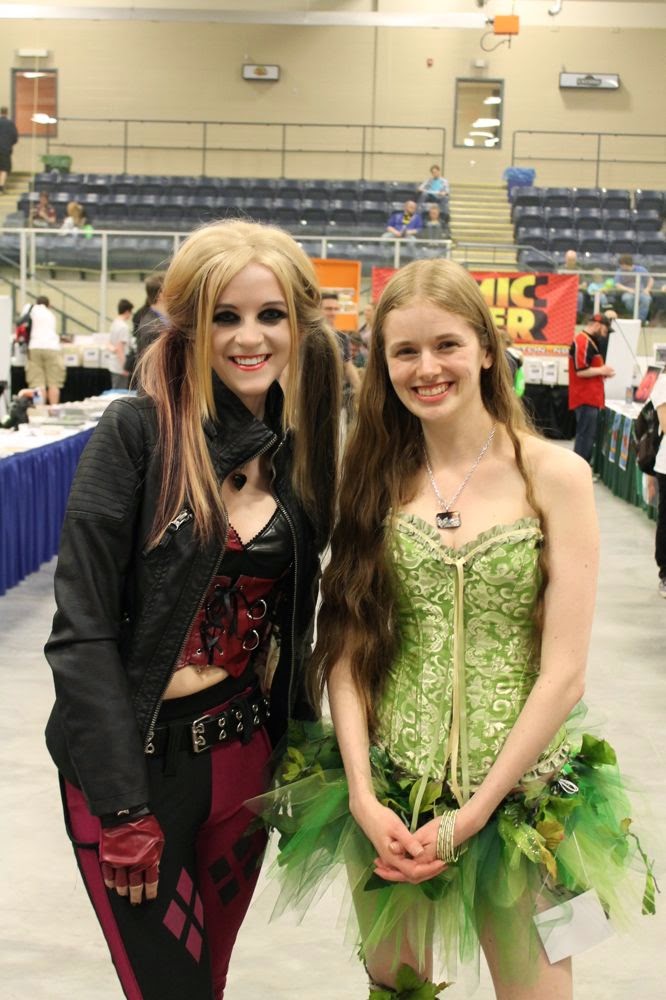 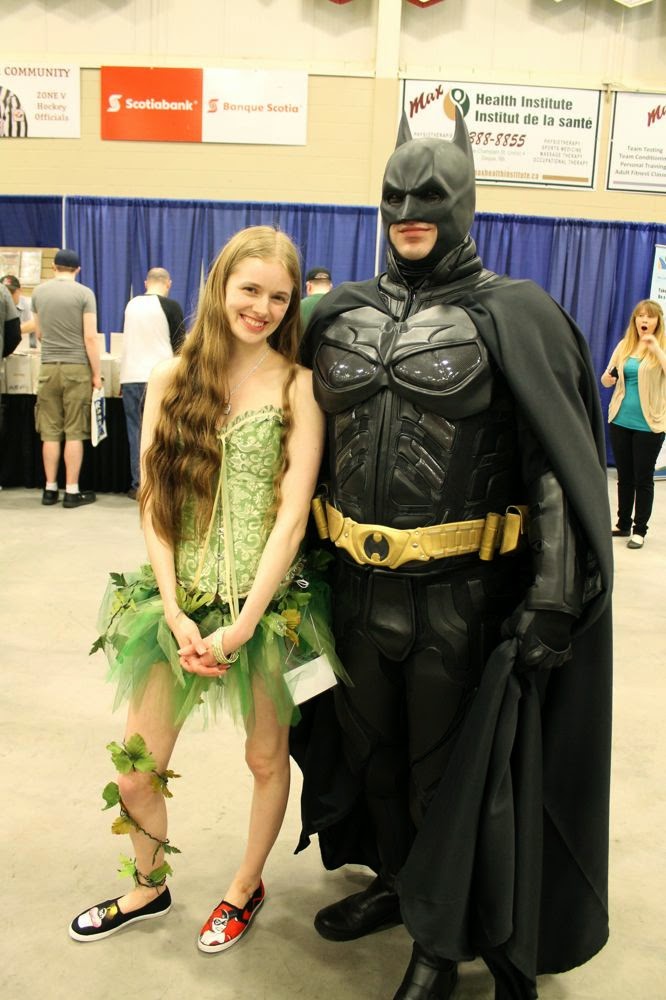 I sold lots of items to people who were dressed as the character on the jewellery they bought (I offer a big deal in cases like this, by the way), which always makes me happy. 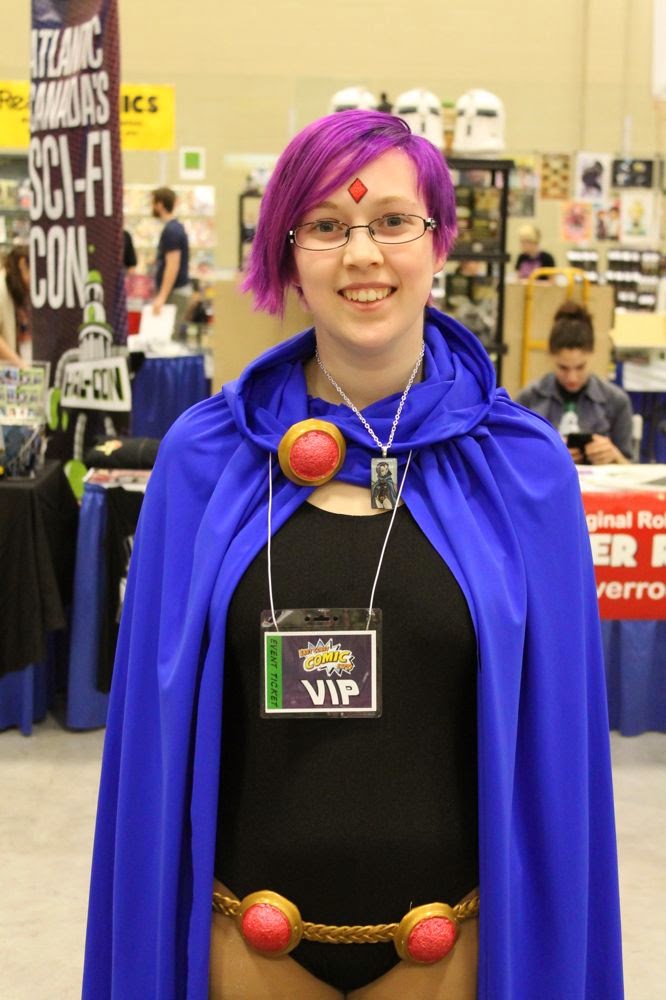 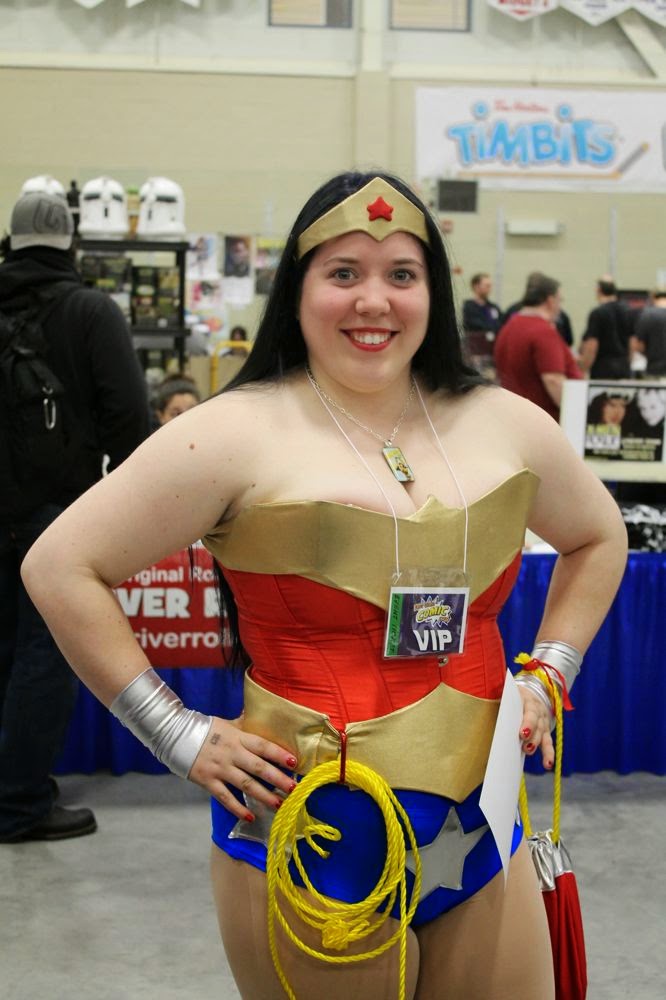 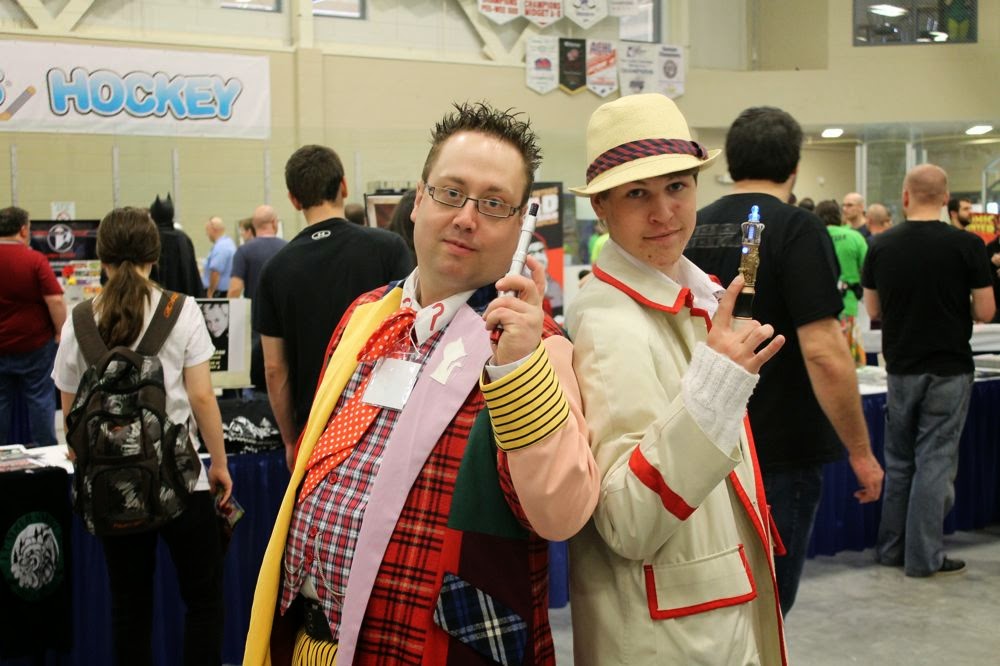 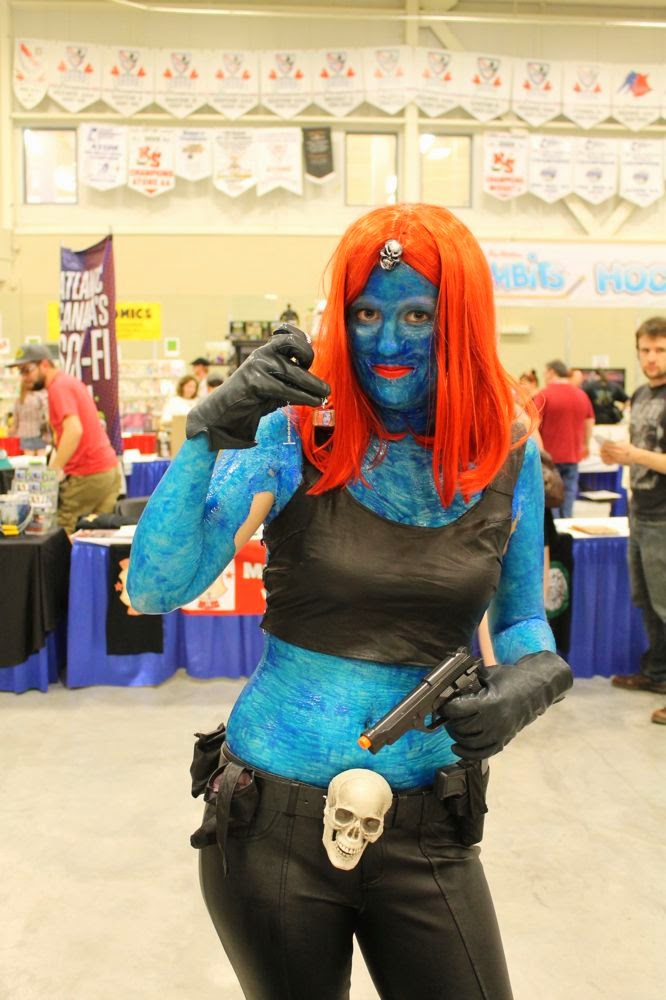 I have so many characters I want to cosplay, and seeing people dressed as them at conventions just makes me want to cosplay even more! For example, I would kill to be Mystique at a convention. But I haven’t begun working on that one yet. The costume itself and the blue body paint seem quite tricky.

As a side note, this happened in front of my booth: 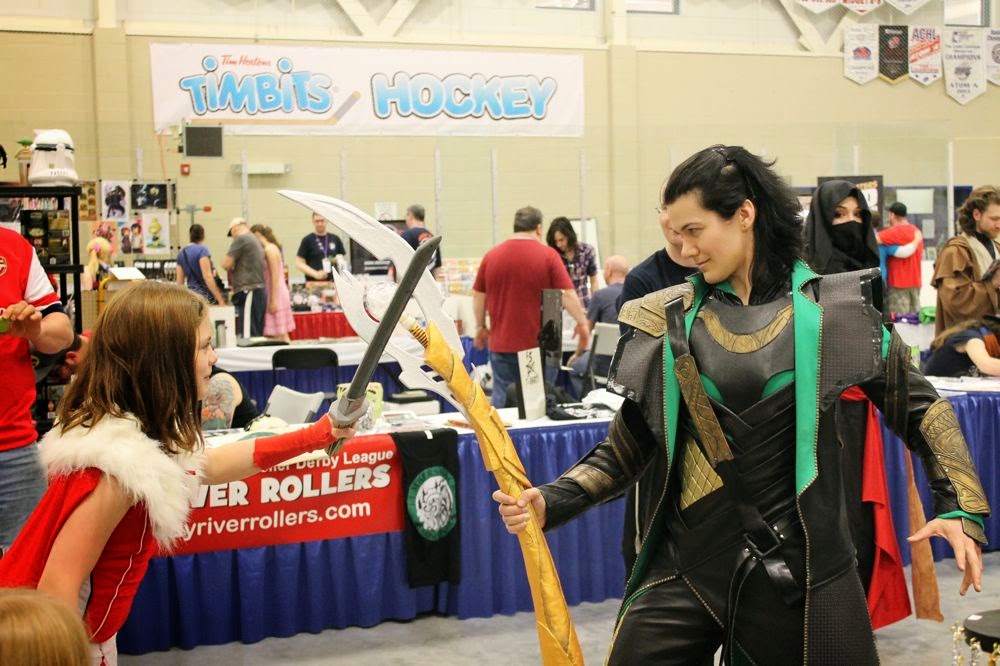 The day was amazing and after the day was over, all I could think of was that I needed another convention ASAP. My mind has been reeling ever since with ideas for jewellery and cosplay.

Luckily, there is another convention very soon. I will be selling jewellery at Animaritime on June 27, 28, and 29th in Fredericton! THREE WHOLE DAYS of convention-going!! I am not sure if I will wear one costume per day or two. Because I have a hell of a lot of costumes in the works at the moment. I have an addiction to cosplay. Luckily, I’m not the only one, and I can’t wait to see what everyone is wearing (and selling) there!

Posted by Hodder Designs at 10:27 AM No comments:

Other places to find me!